I'm not entirely sure where the phrase 'the slate' came from, but these days it seems to refer to the list of projects which a film studio is either working on now or planning to work on in the near future.  I thought this would be a good time to publish my own slate (or M.C.Media's, depending how you look at it) - so here goes...

I've got a trio of scripts which came together around late summer, comprising the show's first two-parter, written by Tim, and a one-off episode by me.  Dialogue recording is complete, and the photography and editing stages are well underway for all three instalments.  The production block also includes some additional material: a short prologue to Episode 5, and a vlog showing the filmmaking process for Papercuts, specifically following the progression of work on a single new set which needed to be built for Block C. 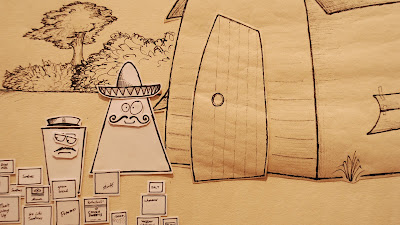 The prologue was originally going to be the opening scene of Episode 5, but I felt that it wasn't necessary for the story and was slowing the episode down; initially I was going to tell Tim to just delete it, but then I decided I actually liked it in itself despite it not really being needed for the overall story, so I thought I'd go ahead and film it anyway, and release it separately as a prologue (inspired by the 'prequels' which Doctor Who has been doing for the last 2 or 3 years), under the pretext that it's a marketing thing.  It's finished, as of this morning, and you can see it here:

The production vlog will probably be the next thing I release, followed by Episode 5 itself.

Beyond the release of Episode 7, I don't really have any fixed plans for Papercuts; I'm open to doing more episodes in 2014 or later, but it all depends on getting scripts ready.


The next few projects: Fifteen-Minute Fortresses, Inanimate HD and The Murkum Show Series 2

This part is subject to change, but here's what I'm currently thinking in terms of my next work beyond Papercuts 7:

First up, you may or may not remember a little video I did earlier this year, titled The Fifteen-Minute Fortress?  Well, I might do a couple more of those.  Revise the parameters of the exercise, but still keep it broadly similar in spirit.  Watch this space.

Meanwhile, thinking even further back, you might recall my five-minute live-action short Inanimate from 2006.  This summer, armed with a vastly better camera and a friend who knew how to make said camera behave itself, I staged a remake of the film, now in shiny HD and starring Tim.  At some point, I need to knuckle down and edit the thing, and once the edit's complete, I'll take the logical next step and release the film.  Inanimate HD is rather more definite than Fifteen-Minute Fortress II, mostly because it's already been filmed, but the editing process could prove to be rather slow. 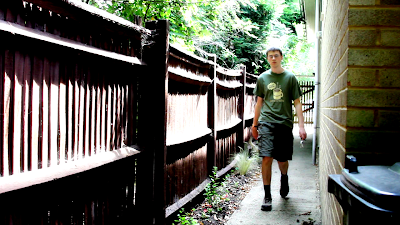 Tim Johnston in the new version of Inanimate

And finally, the third and probably biggest thing on my near-future-projects slate is a second season of The Murkum Show.  The first was a lot of fun to make, and there's a lot of momentum building up for the second: I've already got a good idea of what the set will look like, and got seven episode scripts lined up (fun fact: all four of the people who wrote for Series 1 have already got scripts in the queue for Series 2).  It's very unlikely that Murkum Show S2 will see the light of day before next year, what with the work that remains to be done on my current projects, but I'm 98% sure it'll be happening in the first half of 2014. 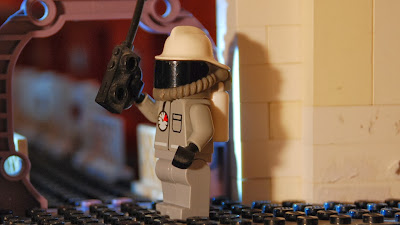 Doctor Murkum in a recent adventure - expect more in early 2014


Other stuff that may or may not happen next year

I've got a few other bits and pieces on the go.  These include Improbable (a very odd little cel short, which I released a teaser clip for several months ago), Empire of the Pond (a remake of Fishy Business, a 2003 short whose storyline I thought was alright, but whose animation was so embarrassingly bad that I'm never going to let you see it), and a perhaps-over-ambitious CGI production titled Golden Cube, about a robot who works in a strange, futuristic dolly-mixtures factory.  No particular release schedules for any of those yet, but since I'm publishing the slate, it seems only fair to mention that they're on it - albeit down at the bottom. 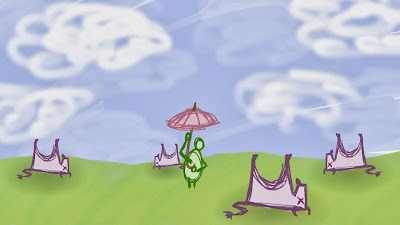 No, it won't start making any more sense when you see the finished film.