No relation to the Torchwood episode of the same name.  I just couldn't be bothered to think up a clever title for another anthology post.


1) A painting that I somehow ended up not posting when I first did it: 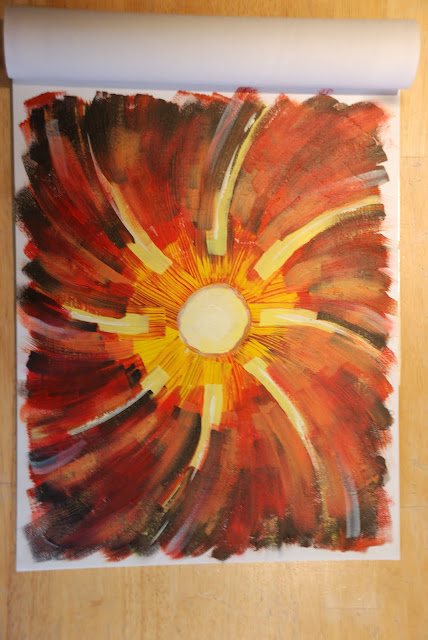 #00A: Another Day
Yes, that serial number is in hexadecimal.  Because I can.  Interpret that fact (and the rest of the painting, for that matter) as you will.

On a related note, I've started painting the kingfisher, but it's not really worth uploading another photo yet as I've only done the sky so far.


2) CGI robots!  Another one.  I've had this idea at the back of my mind for a while, for a computer-animated short film about dolly mixtures, called Golden Cube.  A few months ago I finally managed to work out what was going on with the story (with some help from a friend at church), and then started experimenting with production design.  I re-used a load of elements from a previous CGI project which had fallen through, including the robot which was meant to be the main character, but the robot design just never looked right.  So over the weekend I decided to throw it out and start again from scratch, taking more than a little inspiration from Dyson vacuum cleaners in terms of the elemental geometry, the semi-exposed gubbins and the bold colour schemes.  Here's the latest render of the new droid (still WIP, I might add - the eye needs a lot more work, and the arm is mostly missing), along with a piccy of its spiritual predecessor, courtesy of the internets: 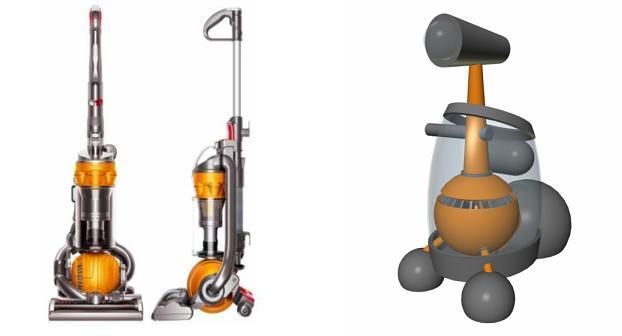 Ancestor on the left, Descendant on the right
There's probably a bit of WALL-E in there somewhere as well, but that's beside the point.


3) Arbitrary Stopframe still hasn't officially ended.  I've sort of got a plan for Episode 8, and I've had Odom the Grud sitting on my desk for about a month, in intermittent peril from marauding hamsters (I'm not sure if hamsters like the taste of plasticene, but I haven't left Odom within range for long enough to find out), waiting to film, but there are one or two little creative obstacles to be overcome first.  My apologies for the ridiculously long wait.


4) Cylinder and Miserable has its fifth anniversary a week on Thursday.  It's been half a decade (as close as makes no difference) since I started writing it.  And for once, it feels like it.  To be honest, it doesn't really feel like it was only yesterday, or any of that stuff.

I feel all old and decrepit now, saying things like that...