Gallery of the Analogue

Okay, sorry about the wait - here's the aforementioned gallery of photos of my recent drawing and painting work.

First up, two attempts at a stylised depiction of a river.  Both of these missed the stylistic mark I was aiming for, with the first veering off in one direction and the other then overcompensating.  I'm planning to do a River III sometime, but I'll need to get my grubby mitts on another canvas first. 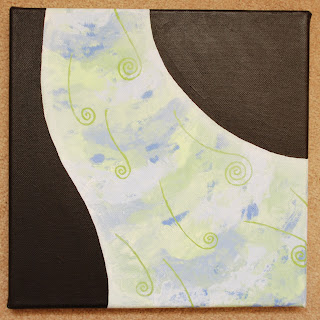 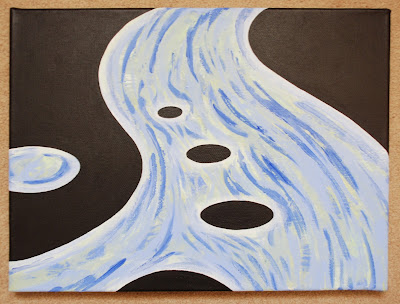 This one was done in a hurry, mainly to use up some watercolour which I'd mixed for Open to Interpretation (see below), only to find out that it wouldn't work on canvas and I'd have to go back to acrylics.  Didn't want to waste all that paint though. 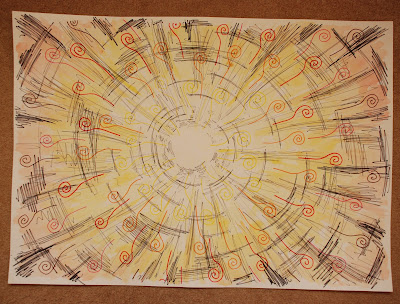 This one is the first of multiple variations - although the only one completed so far - on the theme of the giant Sharpie doodle that forms the basis of my current wallpaper on A White Horizon.  The big differences this time are the fact that the drawing developed in a slightly less haphazard way, and I did it on an A2 sheet of relatively pricey (and rather nice) 220gsm cartridge paper, instead of leftover wallpaper backing sheet as used last time. 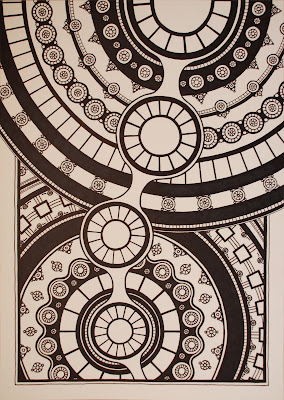 untitled variations no. I (A2, completed sometime in October, I think)

I painted the background for this one back in May, and then it got buried and forgotten for months before I finally rediscovered and finished it the other day.  The whole thing was more of a technical experiment than an attempt at expressing anything; in particular, I put the gold pen details in the corners to check that it would work on top of acrylics, as a precursor to using the pens on Open to Interpretation. 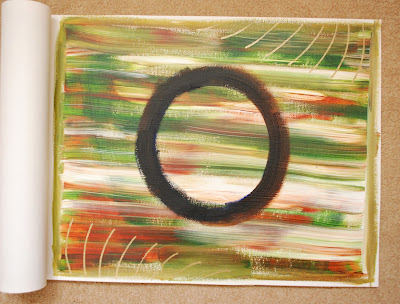 The big one!  Not my largest painting by surface area (only my third-biggest canvas, if you count the square inches), but by far my most ambitious and detailed painting ever, and I think one of my most accomplished pieces of visual art in any medium.  My kingfisher impression took nine days to paint, but that isn't counting the time spent sketching the composition in pencil, wandering up and down the River Blackwater absorbing the atmosphere and analysing the colours, and generally sitting around staring at the canvas and mentally plotting next moves.  Not to mention that those nine days were spread out across a period of five-and-a-half months, during which several other, smaller projects came and went.

The latest completed piece: a re-interpretation of a pen-and-watercolour-on-wallpaper-backing abstract I created circa June 2009, this time with pen and acrylics on canvas.  Possibly my smelliest work, as the gold and silver inks really pong when they're wet, but fortunately it's stopped smelling now that they're dry.  Also my largest canvas to date, at 24 inches squared.  The painting takes its name from the fact that every other person who looks at it seems to interpret it differently - is it something on fire?  Is it a flower?  Is it supposed to be an optical illusion?  I don't know myself; I just painted it, and I'm happy for people to make of it what they will. 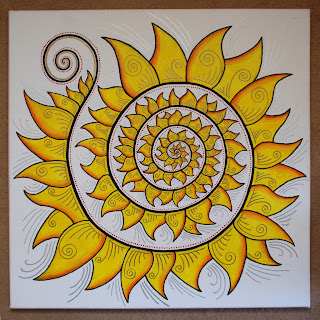 And finally, a couple of things that I've made a start on in the last couple of weeks, but not got very far with.  I've also sanded down the second of my four ex-cupboard-door boards ready for sketching or painting on, but I haven't decided yet what to do with it, and I didn't think it was worth showing you a bare board with some scuff marks on it, hence the lack of photo. 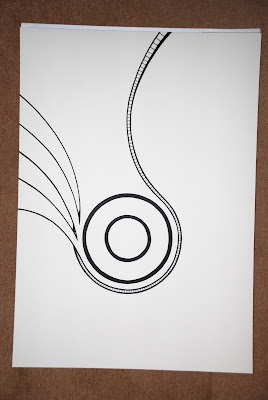 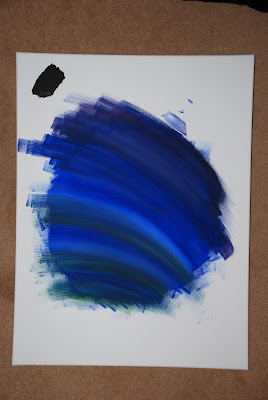